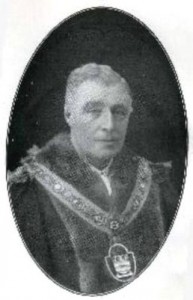 PEOPLE – Earl of Zetland and the Freemasons