FUNERAL OF MRS. NEWCOMEN
AT KIRKLEATHAM 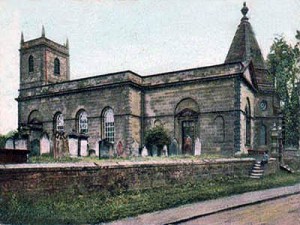 The body was conveyed from the North Ormesby Cottage Hospital, where Mrs Newcomen died, to Kirkleatham, where it arrived shortly after twelve o’clock, and the body was met at the church gates by the clergy and surplice choirs from St. John’s Church, Middlesbrough, and Christ Church Coatham. The Re. E. O. Herbert, Vicar of St. John’s took the funeral service, and the other clergy present were the Re. B. D. Nedwill, Rev. J. W. Dales, and Rev. E. P. Wethered. The united choirs sung the opening sentences from Helmore’s funeral service. Mr. Stewart, of Middlesbrough, preside at the organ, and the choir sung the burial chant. The Rev. J. W. Dales read the lesson in church, and the choir sang the hymn “Jesu Lives.”

The body of the church was filled, the chief mourners being Mr Chas. Newcomen, Sir C. Clement Smith (Governor of Ceylon) and Lady Clementi, Miss Newcomen, and Mr C. Trotter, and there were also present the Right Hon. James Lowther. Mr. J. T. Wharton (Skelton), Mr Waynman Dixon, Dr. Ellerton, Captain Swan, Mr Rutherford, the Sisters from the Cottage Hospital, the inmates of the almshouses, Kirkleatham, and the children from the schools. The coffin was borne into the church by the tenants on the Kirkleatham estate.

As the body left the church the choir sang another hymn, and the funeral service at the vault was concluded by the Re. E. O. Herbert, the choirs singing certain parts of it.

A number of beautiful wreaths were laid on the coffin, one very large one being sent by the parishioners of Coatham.