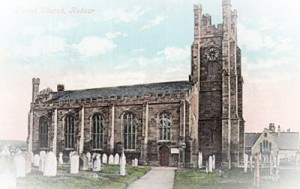 INCIDENT – Whale on Beach – The man who buried it