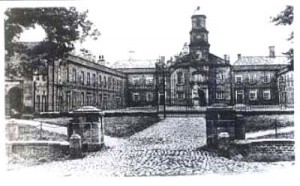 At the recent Middle Class Examinations conducted under the auspices of the University of Durham, three pupils from the School in connection with the above Hospital were presented as candidates, and we are glad to announce the following gratifying results:-
Thos. A. Bland was presented among the Senior Candidates and has passed in honours, being fourth on the list in order of merit; he has also passed in Latin as an extra subject.

Thomas. J. Hill and John Pooley, Foundation boys, presented as Junior Candidates, have also both passed in honours, the former, the seventeenth on the list, has likewise satisfied the Examiners in Latin and Mathematics; the latter has been classed, and likewise passed in Latin.

The extremely satisfactory position of these pupils is alike creditable to the boys and their masters, and must be very pleasing to the Governor and friends of the School.