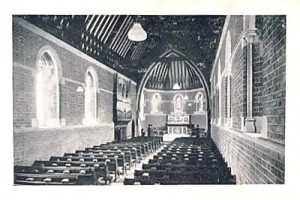 A congregational tea was held in the Home on Wednesday evening last, when upwards of 350 person’s were present, the object of the gathering being to make the members of the congregation better acquainted with the Rev. Dr. Bucks, the present officiating minister. The tea took place at six p.m., after which the electric light was exhibited with brilliant effect. This was followed by an exhibition of pantomimic figures, after which the assemblage adjourned to the Chapel. Dr. Walker presided at the organ, Mrs. Mac. MacFarlane sang with great effect “Angels ever bright and fair,” and the congregation then joined in singing the 100th Psalm with organ and cornet accompaniment. Mrs. MacFarlane then repeated “Angels ever bright and fair,” by request. After leaving the Chapel a concert took place, at which Mrs. MacFarlane, Mr. Muschamp, the Misses Bennett, Mr. Allatt, Mr. Dinsdale and others took part.

Afterwards the pantomime figures again exhibited themselves, and descriptions were give by their leader. After various other amusements, this most successful entertainment was brought to a close about midnight. The Rev. J. Postlethwaite, Founder and Director of the Home, came over from Broughton-in-Furness to be present on this occasion.