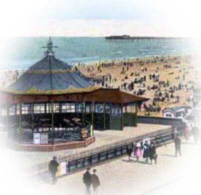 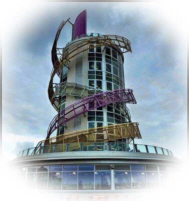 Redcar is situated on the coast of the North Sea to the East of the River Tees and Middlesbrough. To the south is Guisborough and the beautiful North Yorkshire Moors National Park and to the East is Marske-by-the Sea and Saltburn-by-the-Sea

The Cleveland Hills are to the south and were mined for iron ore in the 19th & 20th centuries, hence our iron industry was born, and Warrenby was built to house the iron workers and their families. It has sadly been knocked down now, much to the despair of the people who quite happily lived there.
Later Dormanstown was built for the steelworkers of Dorman Long.

Cottages in Dorman Crescent, Dormanstown were the first homes built in England for local pensioners.
Redcar has the oldest existing lifeboat in the world ‘Zetland’ She came to Redcar in 1802 and was in service for some 78 years and saved over 500 lives. The ‘Zetland’ is on display in the Zetland Lifeboat Museum which is a Grade 11 listed building on the Esplanade on the corner of King St; near to Denney’s Garage. The people who run this museum are all volunteers and donations go to Royal National Lifeboat Institute (RNLI). A racecourse was made in the middle of the 19th century and is still going strong to this day. It made a change from racing horses on the beach.

We have a marvelous museum at Kirkleatham run by the local authority, which is credit to them. Sir William Turner built an *(hospitality) hospital at Kirkleatham in 1676; it still provides sheltered accommodation for about 30 retired people. This is opposite the museum.

The local Golf Club was the first club formed in Yorkshire and is one of the few links courses in the country. It is still going strong, having had a new building built off Majuba Road.
There is also a Rugby Club at Mackinlay Park, Green Lane and a Cricket Club between Kirkleatham Street and Coatham Road.

From Saltburn to Redcar, and onto the South Gare the sands stretch for 8 miles, although some has disappeared over the years through nature. Some of the sand disappearance slowly over the years has slowly exposed more rocks but it adds to the character of the view. A great effort has been made to keep the sand at the Marske end of Redcar by the installation of groins, which have been very effective and the sand is steadily covering them.

On the way to the South Gare Lighthouse, the SSI Steel Complex is on the west side. The Gare which is at the mouth of the River Tees is popular with bird watchers and anglers and people who just like to site see and watch the ships of all sizes sailing up and down the river. A good old favourite of many is a place called ‘Paddy’s Hole’, (so called because of the many Irishmen who helped build the South Gare) which is a small inlet of the river, and the anchorage for many small craft.

The Town Clock remains a focal point in the town centre, which was built for the coronation of King Edward V11 but due to insufficient money it became the King Edward V11 Memorial Clock when the King died. This was known as a ‘White Elephant’ at the time. Again during the late 1990’s our town clock seemed to be suffering from lack on maintenance. Following a great response from the residents, local groups, and the council our town clock is now refurbished with the clock, and toll mechanism repaired, and is now working lit up inside, with floodlighting on the outer.

In winter the mudflat’s of Bran sand, the beaches of Coatham Sands and the wetlands of Coatham Marsh, opposite Warrenby, are sanctuary for thousands of birds and are designated as a Site of Special Scientific Interest and a Special Protection Area. In addition the sand dunes and marshes are home to many rare plants and insects.

In 2007, Coatham Sands were chosen to resemble the evacuation of Dunkirk scenes, in the film ‘Atonement’ by its director. The film went on to win BAFTA and Oscar Awards.