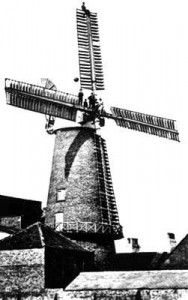 Coatham Flour Windmill with men working on sails. Certainly a dangerous job. Look at the person on the top sail.

On Monday morning last a little boy, 2 ½ years of age, son of Mr. Dowson, miller, went up into the mill to call his father to dinner, As he did not return as was expected an elder brother went to look for him, and found him frightfully injured. It would appear that the child had been playing with a stick, and lost it in the “shopper,” and in trying to get it he was pulled into the machinery and was found with his thigh and knee joint broken. Dr. Bennett was in prompt attendance, and found the child in great suffering from the shock as well as from the injuries he had sustained, On Wednesday the child was sufficiently recovered to enable him to be removed, when he was sent to the Cottage Hospital, North Ormesby. 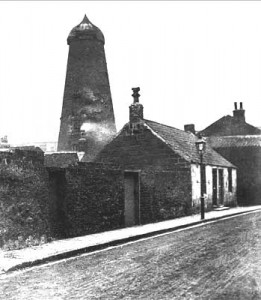 Coatham Flour Windmill minus its sails and possibly derelict.